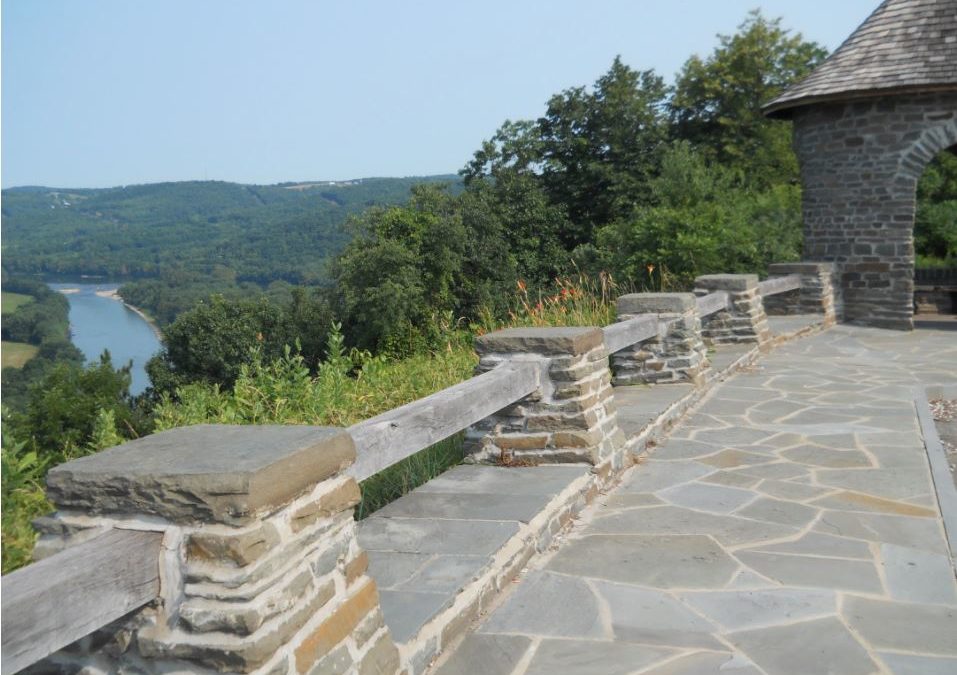 The Marie Antoinette Lookout is and overlook that is located just off of US Route 6 near Wyalusing in Pennsylvania. It is located near the town of Towanda. It offers a scenic view of the Susquehanna River, the mountains, the French Azilum, and a French refugee settlement that was built sometime in the late 1700s or early 1800s.

Between 1793 and 1803, French refugees established a settlement in the area. That settlement is now known as the French Azilum Historic Site. It is said that Marie Antoinette planned to settle in Towanda. Towanda began as a lumber town, and several of the town’s buildings from the 1800s still stand and can be viewed. Many of these buildings are also listed on the National Register of Historic Buildings. It is believed that members of the French aristocracy bought land that was across the river from the lookout and built a house there for Marie Antoinette and the Dauphin. The architecture and detail of the house believed to be built for them can be seen from this area.

There is a historical marker that details the story of the French settlement. The marker was dedicated on June 24, 1930, and is located five miles north of Wyalusing. The marker reads as follows: A settlement of French royalists, who fled the French Revolution in 1793, was established in the valley directly opposite this marker. It was laid out and settled under the direction of Viscount de Noailles and Marquis Antoine Omer Talon. It was hoped that Queen Marie Antoinette might here find safety. Among many distinguished visitors to this place were Louise Philippe, Duke of Orleans, later King of France, Prince de Talleyrand, Duke de Montpensier and the Duke de la Rochefoucauld-Liancourt. Marked by the Pennsylvania Historical Commission and the Bradford County Historical Society, 1930.

While intended to be a place of escape for Marie Antoinette, the area now offers visitors a scenic view of the surrounding farmland. While the Marie Antoinette Lookout is not well-maintained, it does provide an excellent panoramic view. The view of the mountains and the Susquehanna River provide visitors with excellent opportunities for taking photographs.

The pull off for Marie Antoinette’s Lookout is not well-marked, but it is directly off of US Route 6. There is a yellow sign advertising beverages and food right by the turn that visitors would need to make in order to reach the lookout.

Those visiting the Marie Antoinette Lookout can learn about the French settlement, fish in Stephen Foster Lake, or visit Knapp’s Covered Bridge. Knapp’s Covered Bridge may actually be the highest covered bridge in Pennsylvania. After visiting the lookout, visitors who want to learn more about the French settlement can visit the French Azilum’s Laporte House or the French Azilum Historic Site, both of which are no more than .02 miles from the lookout. The Bradford County Historical Society & Museum is located roughly one-quarter of a mile away and would provide additional information on the area and its history as well. 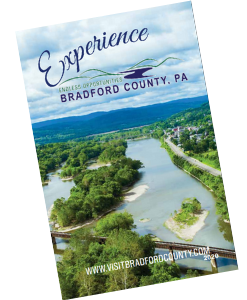 Experience Bradford County
with our FREE travel guide.
Get Yours Today >>>

BCTPA is a non-profit organization that promotes events and industries of Bradford County within its borders and beyond.

Experience Bradford County
with our FREE travel guide.
Get Yours Today >>>

BCTPA is a non-profit organization that promotes events and industries of Bradford County within its borders and beyond.